The City of Kankakee is an engaged community with abundant opportunities for residents to lead safe, healthy, and productive lives. 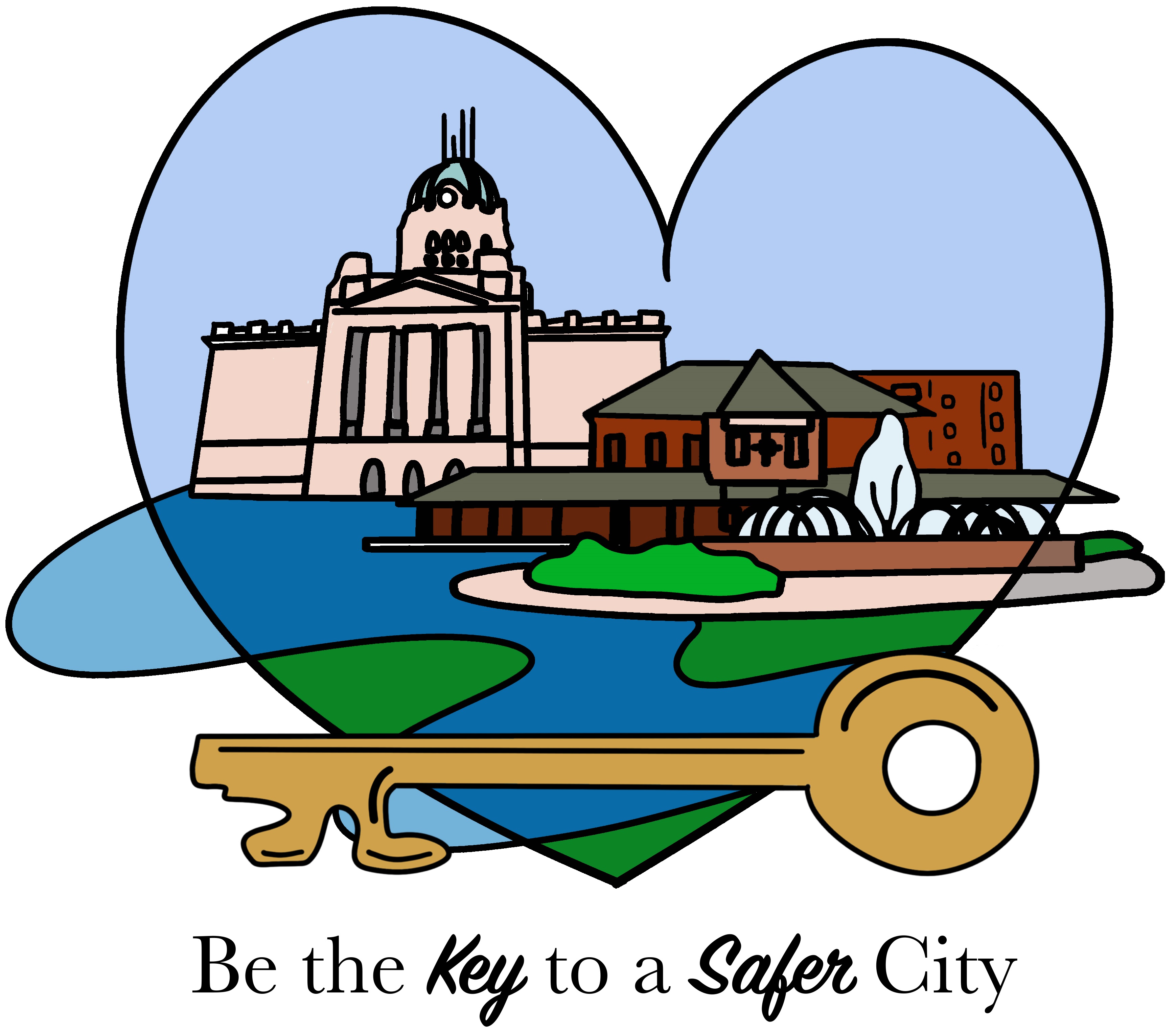 Becoming mayor in my hometown was not only exciting but I knew would be filled with many challenges. Over many years, I have witnessed the decline of neighborhoods in the City and the disproportionate economic impact on African-Americans as related to poverty, crime, trauma and the negative outcomes associated with such factors. While attending a National League of Cities conference during March 2018, I was contacted by the Interim Police Chief and advised there had been a double homicide in the City; two victims of gun violence. Needless to say, I was upset; concerned for the community and the impacted families. Public safety is one of my most important responsibilities and I had to figure out a way to improve safety in our city. During a session the next day, when I shared with my fellow mayors what had happened, our instructor informed me about the national Cities United initiative and assured me of resources to help address the issue of gun violence.

The majority of these crimes take place in the First and Second Wards. These areas also have the highest percentage of children vulnerable in one or more developmental areas. Children experiencing vulnerabilities in one or more areas are more likely to face greater challenges in school and later life success. The relationships between school success, employment, and public safety have been clearly demonstrated (Justice Policy Institute, 2012). Additionally, the trauma experienced by the children living with violence around them will have lifetime physical and behavioral health effects if not addressed (Centers for Disease Control and Prevention, 2018).

Approximately three dozen neighborhood listening sessions and meetings with community leaders were held involving over 250 youths and adults. These took place between July 2018 and March 2019 to gather information and ideas about what could be done to reduce violence, especially gun violence, in the City of Kankakee among young African-American men and boys. Information was also collected about what is already being done in the community that could help this situation. Additionally, data were collected from Kankakee School District 111, Kankakee Workforce Services, Kankakee

Several strong themes emerged from the conversations and needs assessment. One of the most critical themes is that city residents are not aware of the many educational and employment opportunities available. Furthermore, youth want more information about how they can participate in the “gig” economy and start their own businesses. Several young participants and law enforcement officers said the violence mainly comes from the desire to make fast money selling illegal substances that then results in fights over deals gone bad.

Another frequently expressed theme was the desire to get to know one’s neighbors better. There was a sense of neighborhood pride among residents, even where high levels of crime are occurring. Several people spoke about the desire to build relationships between neighbors to create a safety net where they could look out for each other. They want to let those involved in criminal activities know that they were being watched and are not wanted in the neighborhood.

Suggestions were also made about the need to address the increasing anger many youths are demonstrating in school and in the neighborhoods. Several evidence-based practices were suggested by the ONU social workers to address the underlying conditions which frequently lead young men and boys to become involved in violent and criminal behavior. Often-cited causes are the absence of close positive relationships with their fathers and other traumatic experiences in their lives.

GOAL: To increase public safety for all City of Kankakee residents.

OBJECTIVE: To improve outcomes for young African-American men and boys in Kankakee through neighborhood engagement.

GOAL: To decrease the number of African-American boys and men under 25 years of age in custody and re-offending

OBJECTIVE: To prevent and address childhood trauma related to violence through healthy relationships and behavioral development.

Dates: Last Tuesday of every month 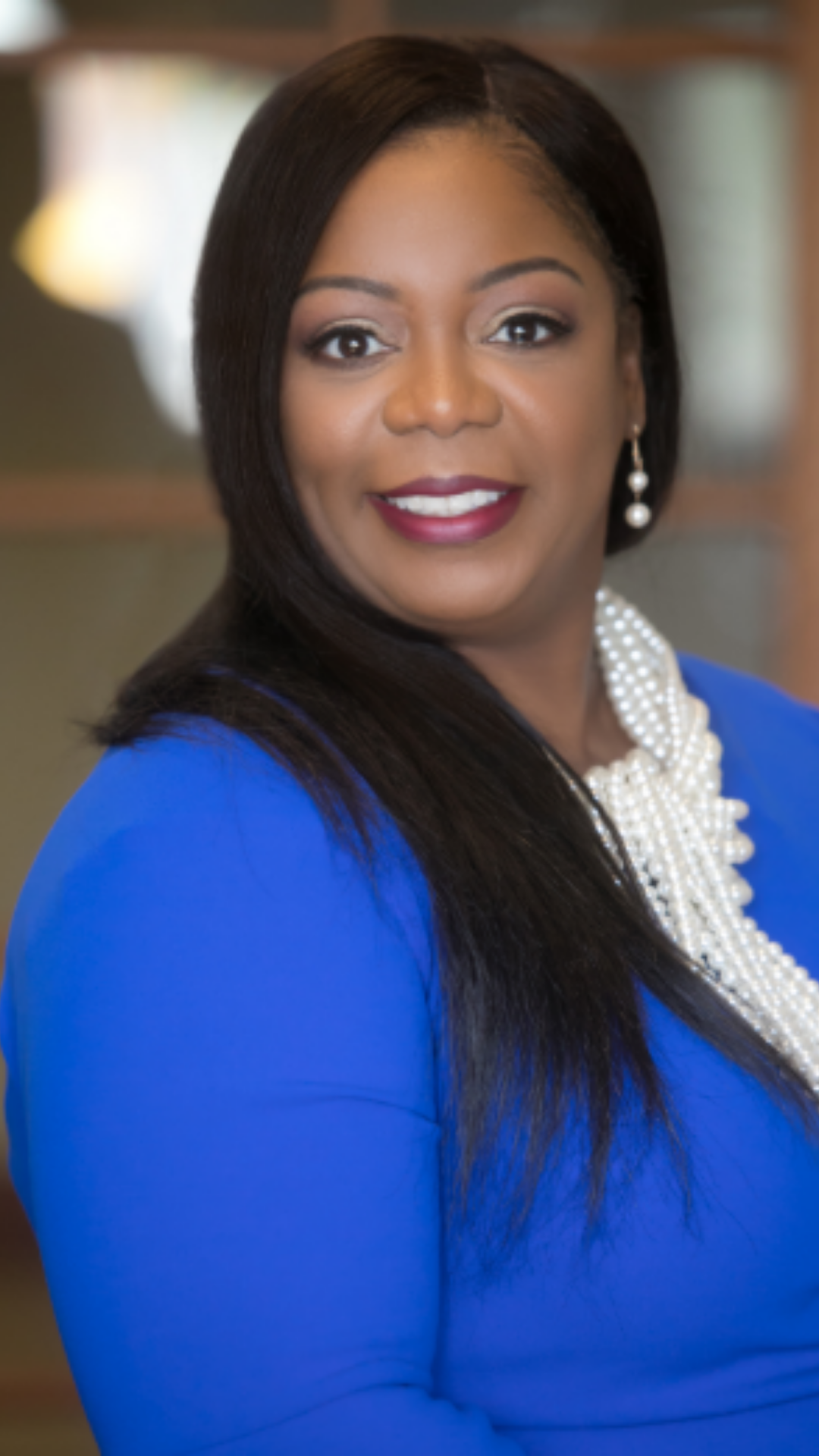 Mayor Chasity Wells-Armstrong brings a diverse background to City Hall that reflects her passion for public policy, advocacy, and work that helps improve the lives of others. Mayor Wells-Armstrong obtained a Bachelor of social work and Master of social work from Governor State University. Most recently, Mayor Wells-Armstrong worked for the U.S. House of Representatives, where she served as Deputy District Director for Congressman Bill Foster (IL-11) after working as the Constituent Services Director for former Congresswoman Debbie Halvorson (IL-11).  Mayor Wells-Armstrong also has broad experience in human services, having previously worked as a Certified Alcohol & Drug Counselor (CADC), an Employment Services Representative for the Illinois Department of Employment Security (IDES), and a counselor at Indian Oaks Academy.  She has been an active member of her professional association, the National Association of Social Workers, Illinois Chapter (NASW, IL), where she was elected as a District Chair for 4 years before later being elected to serve as the Vice-President of the chapter.  In 2016, NASW, Illinois named her Social Worker of the Year for the state of Illinois in recognition of her contributions in the profession. In 2015, Mayor Wells-Armstrong was elected as alderwoman of Kankakee's 5th ward, the first African-American woman elected to the office.  On April 4, 2017, she was elected Mayor of the City of Kankakee, becoming the city's first African-American mayor and only the second woman elected to serve the city of Kankakee in the Mayor's office. While attending a National League of Cities conference during March of 2018, Mayor Wells-Armstrong was contacted by the Interim Police Chief and advised there had been a double homicide in the City; two victims of gun violence. During a session the following day, Mayor Wells-Armstrong was informed about the National Cities initiative that provides resources to help address the issue of gun violence. Mayor Wells-Armstrong contacted Cities United which is a coalition of nearly 100 mayors nationwide working to reduce gun violence among African-American males ages 16-24. Mayor Wells-Armstrong advocated for Kankakee to be accepted into a Roadmap Academy under Cities United. Kankakee United was later formed to implement a city-wide public safety plan and actively engage the community. 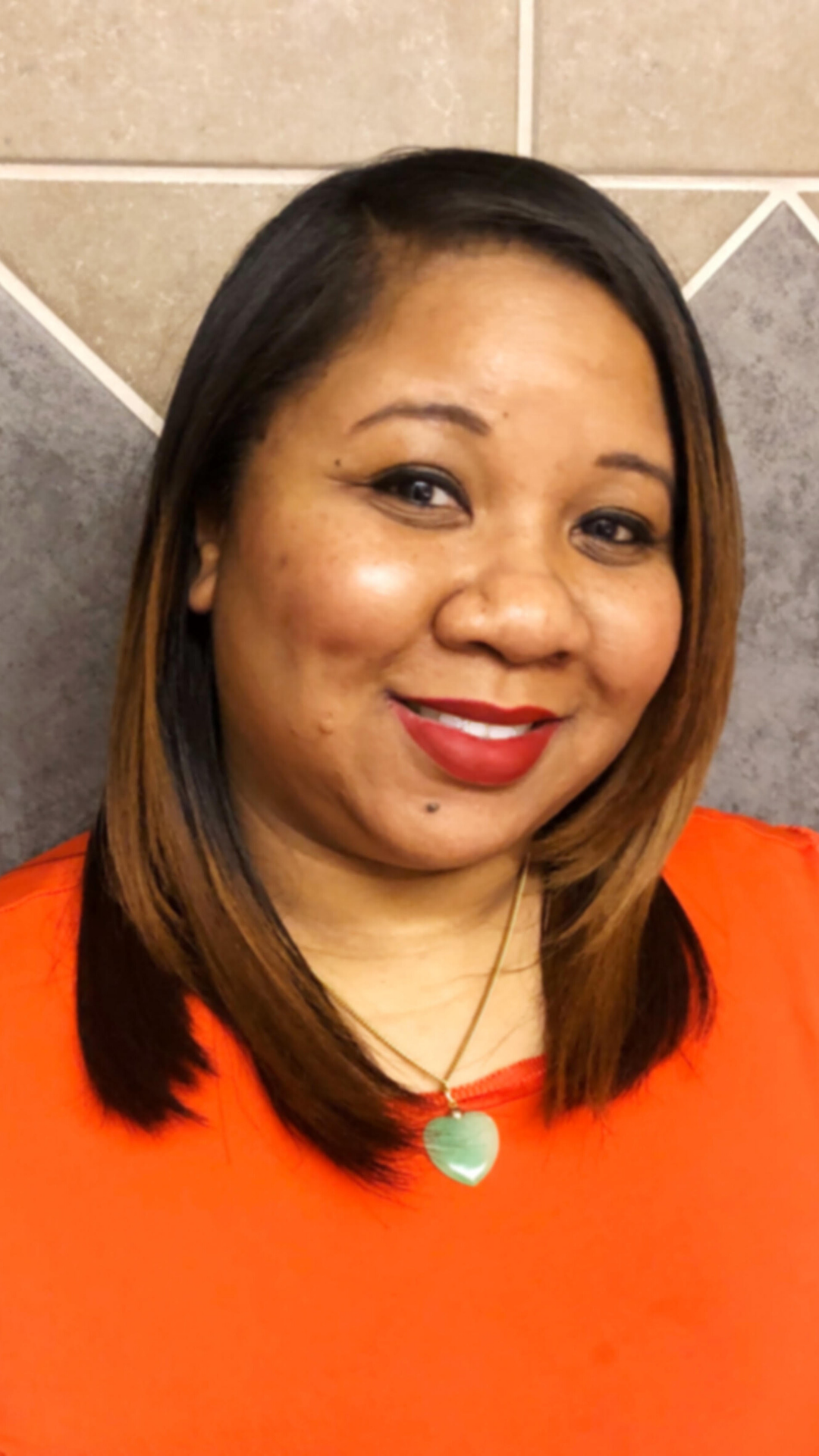 Linh Williams is a lifelong resident of Kankakee and graduate of school district #111. She received her BA in Business Administration and MBA from Olivet Nazarene University. She has an extensive background within the educational field. She worked as an Administrative Assistant in the Kankakee School District for over 14 years and as the Coordinator of Student Life at Kankakee Community College for over three years. She has dedicated the majority of her adult life to community service and volunteerism. She has coached cheerleading/dance for local youth organizations as well as semi-professional teams. She was the Freshman Class sponsor, advisor of Sister Circle and coached a step team during her tenure at Kankakee High School. She currently works as the Executive Assistant to the Mayor and is excited to take on the role as City Lead for Kankakee United. 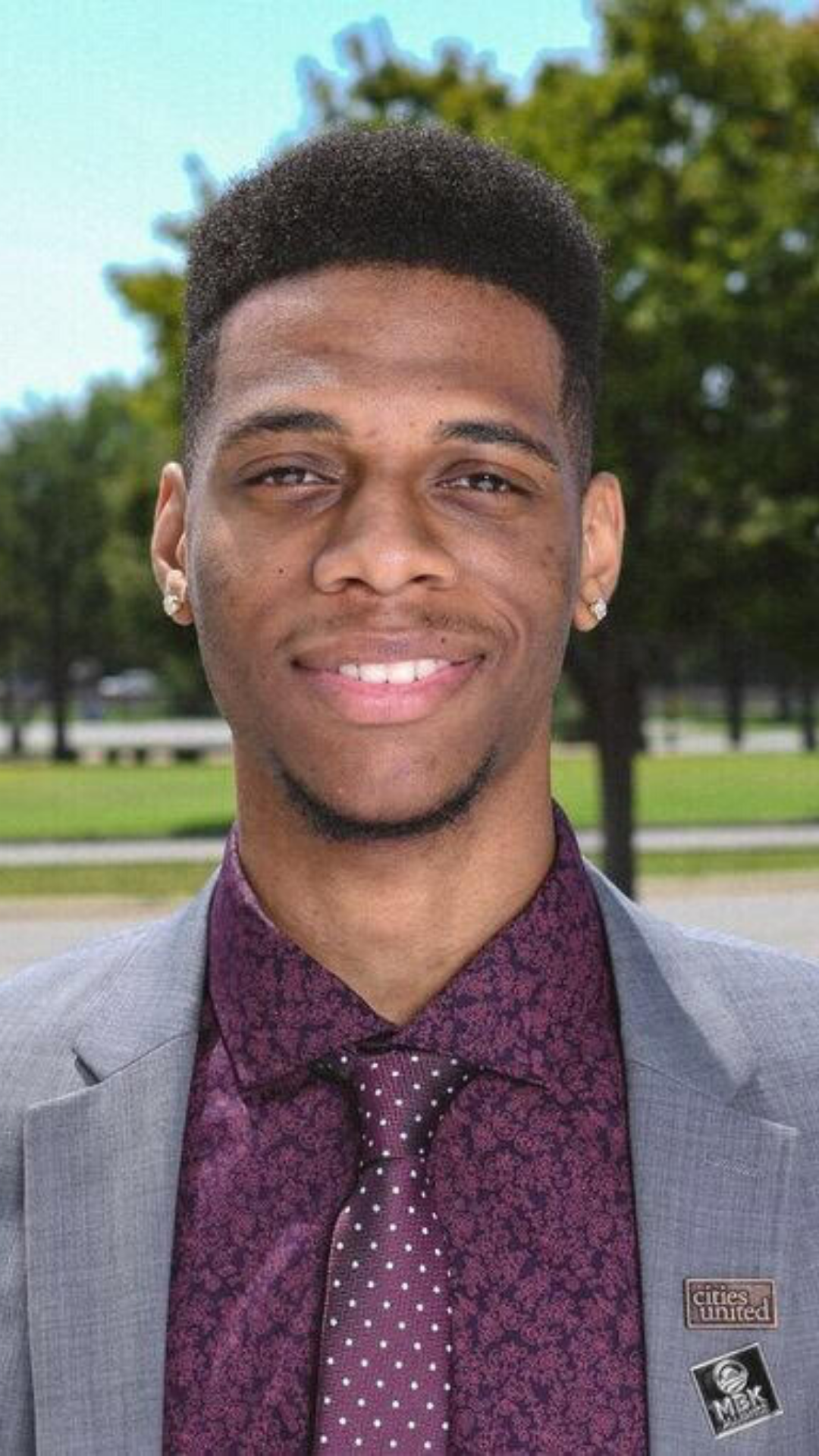 Gabe Moore is a resident of the City of Kankakee. He graduated from Kankakee High School in 2018. During high school, Gabe was involved in discussions focused on restorative school practices and implementation. Gabe is currently attending Kankakee Community College where he is pursuing his degree in Psychology. Gave was selected to be the Youth Fellow for Kankakee United. This selection was made through collaboration from Mayor Chasity Wells-Armstrong of Kankakee and Dr. Genevra Walters, Superintendent of Kankakee School District #111. Gabe is now an advisory board member for Cities United. He remains passionate about growth in his community, stating he has heard many stories about the loss of a life, particularly young people. Being apart of the next generation of leaders, Gabe believes it is imperative to do his part in helping his community thrive and grow. 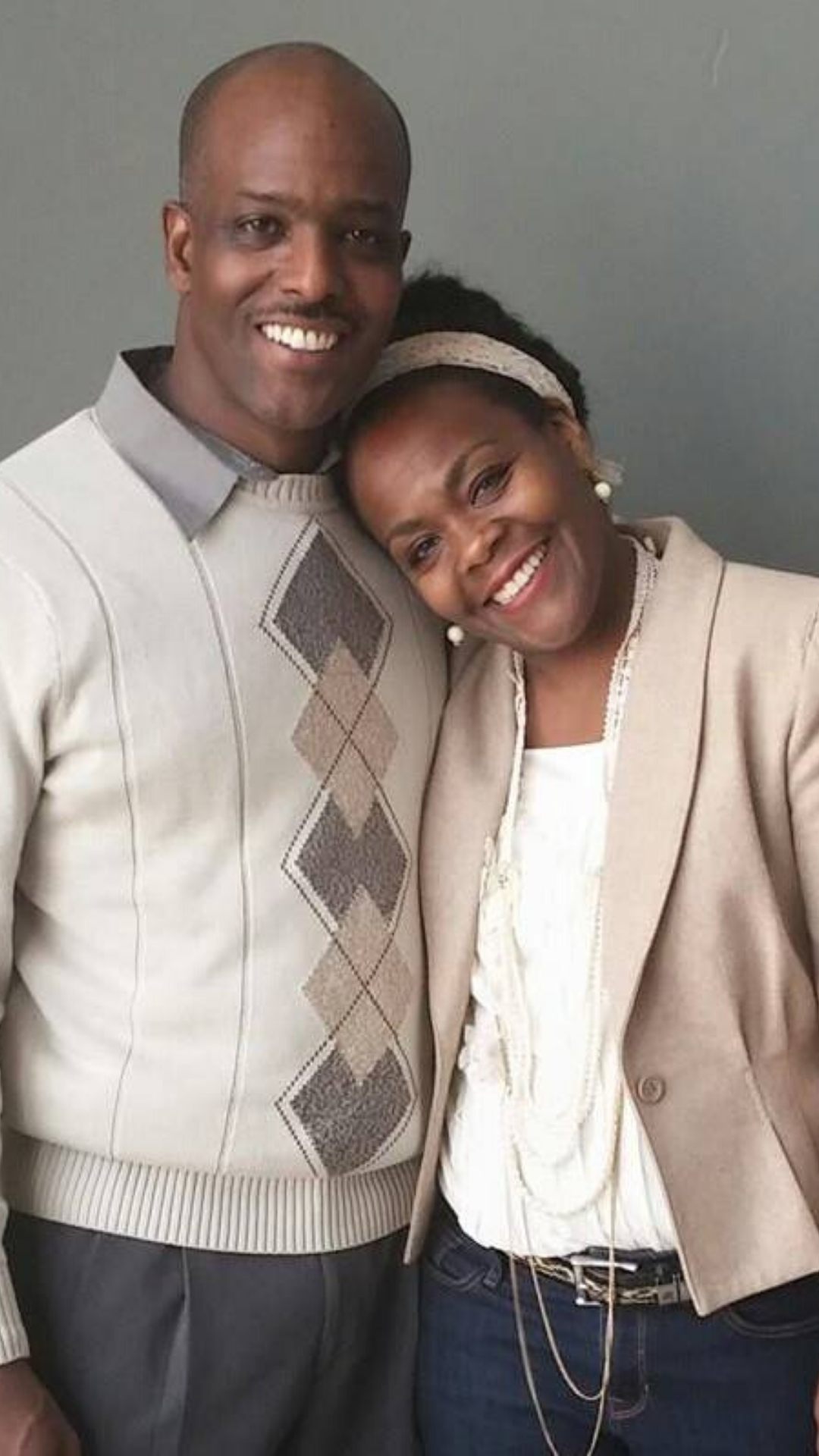 Aaron Clark was born and raised in the City of Kankakee and attended Kankakee High School. Aaron studied at Branell College of Business and obtained a Certified Tech Admin Certificate from Dekalb College in Atlanta, Georgia. Aaron worked in after school programs in Atlanta for four years before returning home. "Live Here, Lead Here" is Aaron’s mantra as he is passionate about raising up the next generation of leaders in Kankakee. Aaron currently serves as the Site Director for the Youth For Christ City Life Center where he’s worked for the past decade after volunteering with City Life for two years. He also led many conversations on race relations, racial reconciliation, and overcoming implicit racial biases. Aaron has been acquired by many churches and in Olivet Nazarene University’s sociology department to speak about achieving racial harmony and diversity. Aaron has been married for 28 years and has seven children. He continues to advocate for fatherhood and strong families. Aaron served as a volunteer in leadership in Olivet’s Marriage Incorporated and has worked extensively in Kankakee County in networking community leaders and organizations. Aaron continues to remain an active member of the Kankakee United Leadership Team. Most recently, Aaron was hired as the Youth Violence Prevention Coordinator for Kankakee School District #111. 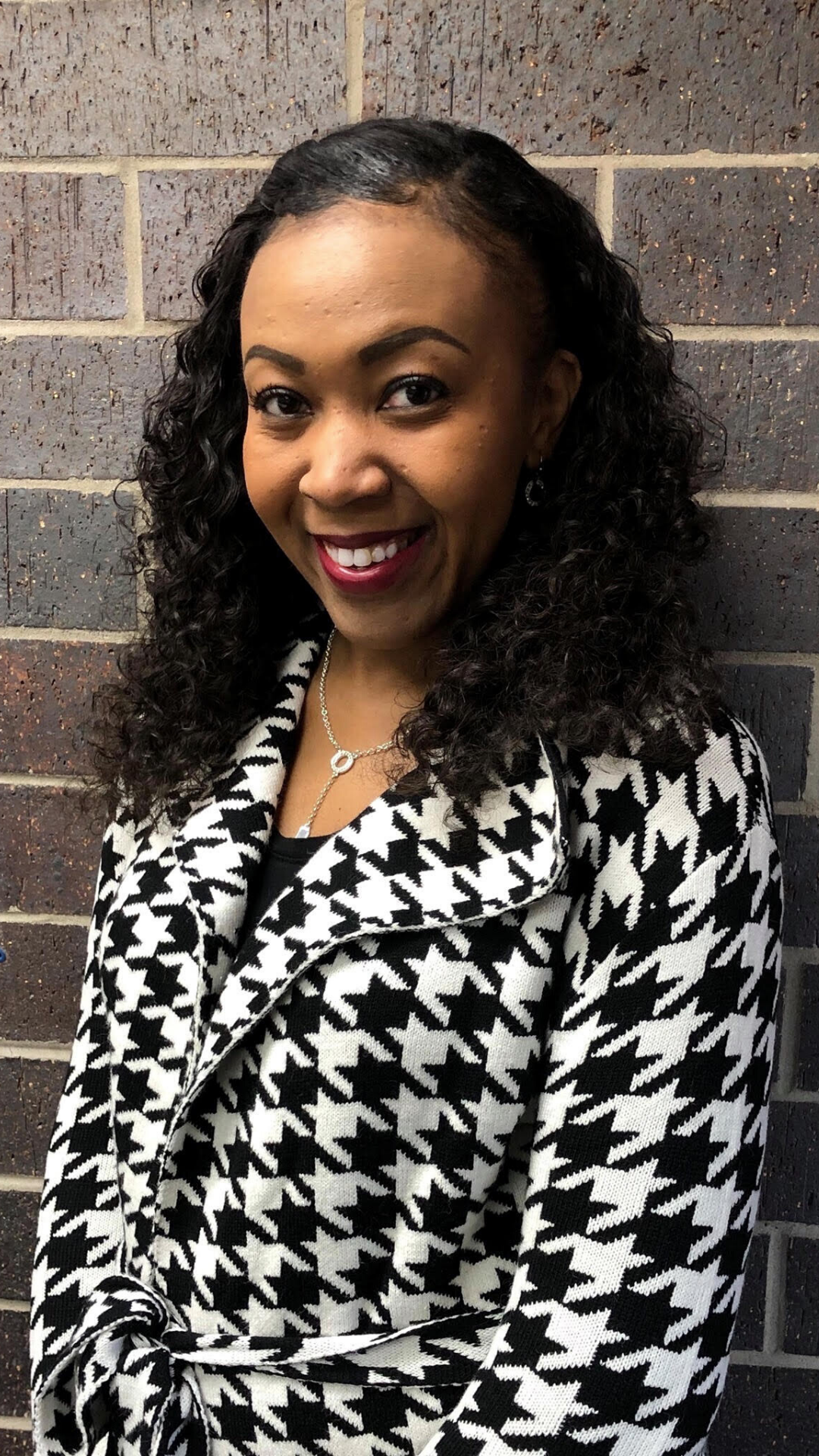 Jasmyne Humble was born and raised in the City of Kankakee. Jasmyne takes great pride in her hometown. She graduated from Kankakee High School class of ’07 and obtained her Bachelor of Arts degree in broadcast journalism from Illinois State University class of ’11. Jasmyne was hired as a full-time TV news reporter and producer where she worked in the media for three and a half years at WTVO Channel 17 and WQRF Fox 39 in Rockford, Illinois, as well as WSAW News Channel 7 in Wausau, Wisconsin. Jasmyne often reported on education, youth initiatives or school programs. Although Jasmyne remains passionate about the evolving world of news and social media, it was always Jasmyne’s goal to be back home. Jasmyne has a strong passion for working with youth. After moving back home, Jasmyne was hired at Indian Oaks Academy as a mental health professional and youth counselor where she mentored and counseled youth dealing with severe trauma and mental health disorders for four years. Jasmyne also took on the responsibility to create daily recreational activities and several events for youth to participate in. Jasmyne was recently hired as the Marketing and Communications Coordinator for the City of Kankakee in August of 2019. Her goal remains the same; to help advocate for change in her community, give back, and continue to develop relationships to help make the City of Kankakee a better place for everyone. Jasmyne looks forward to helping Kankakee United grow as a part of the leadership team. 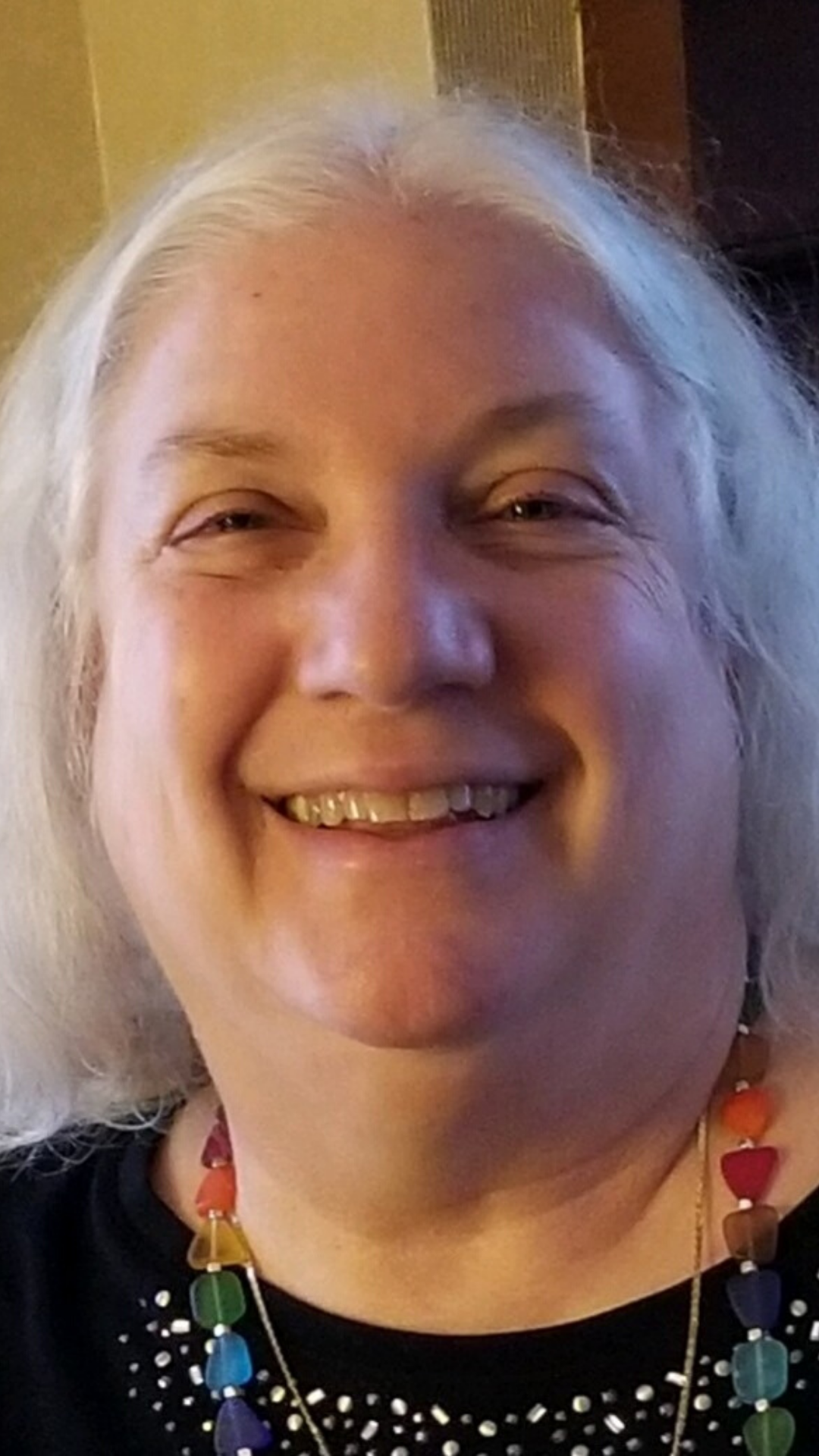 Dr. Debra Baron has a long history of working on behalf of children and their families to make the City of Kankakee a safer and healthier community. She has been involved in numerous efforts to address substance abuse education, violence prevention, mental health services, neighborhood activities, and improving race relations. Dr. Baron currently directs Project SUN, a new initiative intended to improve the children’s mental health system of care in Kankakee County. She has a PhD in Cultural and Educational Policy Studies from Loyola University Chicago. As a volunteer, she helped to lead Kankakee United’s efforts to prepare a comprehensive public safety plan for the City along with Miya Graham. Dr. Baron remains an active member of the Kankakee United Leadership Team. 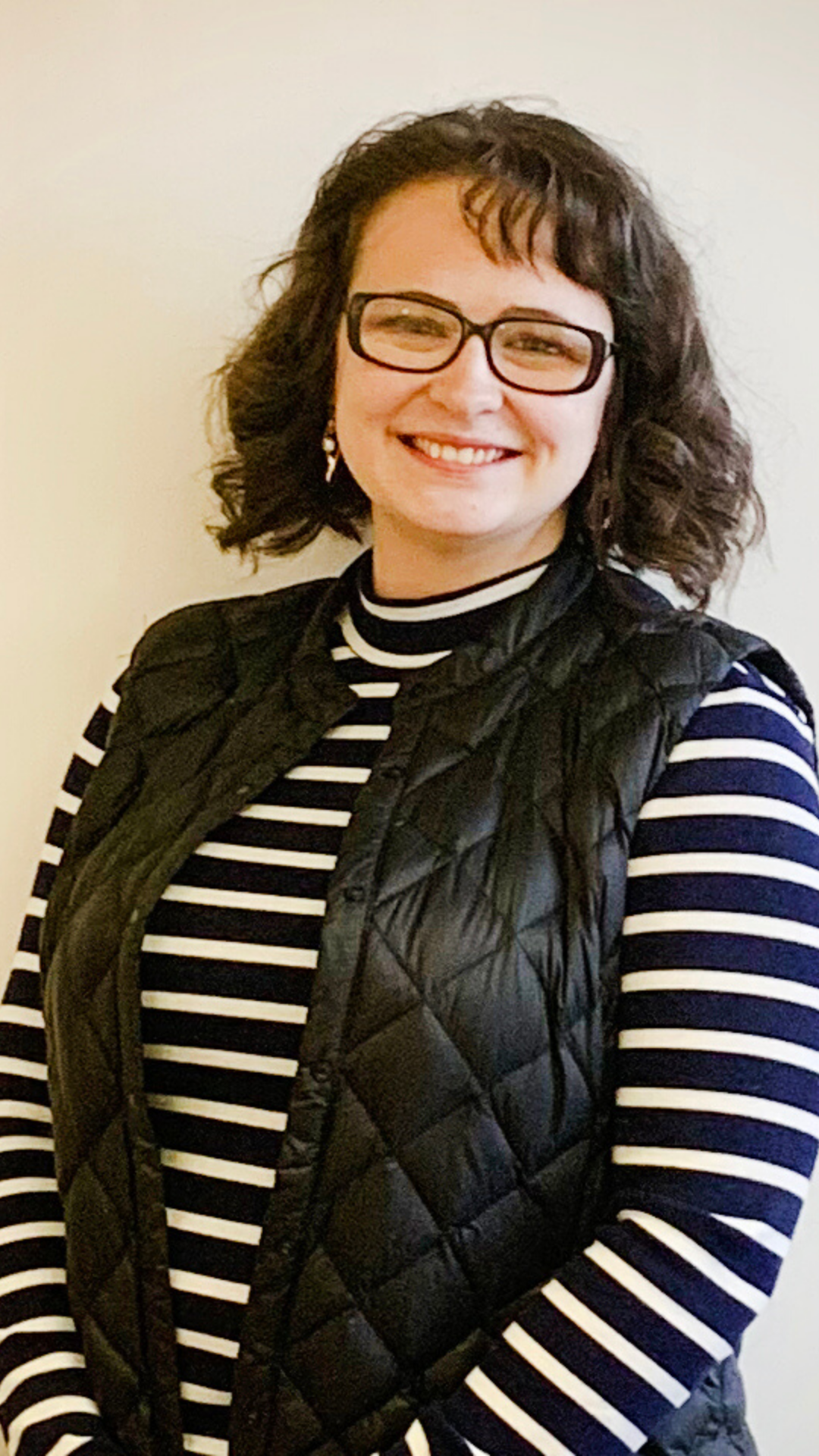