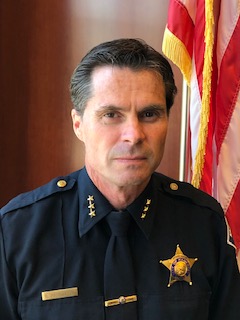 Robin Passwater began his career with the Kankakee Police Department in August of 1989 after receiving a Bachelors’ Degree in Criminal Justice Science from Illinois State University.  He worked in the Patrol Division and was a Detective until 1996 when he was promoted to Sergeant.   As a Sergeant, he was assigned to the Violent Crimes Task Force and the Kankakee Area Metropolitan Enforcement Group (KAMEG).  He was promoted to Lieutenant in 2000 and was reassigned to the Patrol Division as a Shift Commander.  In 2009, he became the Investigations Commander overseeing the Investigation Division.  He was appointed to Deputy Chief in 2015.