With the goal of bringing free wireless Internet to downtown Kankakee, city government and the local newspaper formed a partnership in June of last year which was met with great success. Just six months later, we have provided high-speed, wireless, WiFi Internet access to about 405 acres of the downtown and River-road areas using 27 WiFi antennas. They're the size of an LP, with short antennas, and work best about 25 feet up in the air. The cost of each AP site is less than $1,000 each. A smaller antenna which may be needed in large buildings. The manufacturer is D-Link, is headquartered in Fountain Valley, California.

The WiFi Kankakee LLC has done all this with an initial investment of only $17,000 plus the $3000 raised from advertising sponsorships on our splash page! In the words of Mayor Don Green, The WiFi Kankakee LLC system puts us into the next century of Information Technology.

When any of the 400-plus registered users of the Kankakee WiFi network turn on a laptop computer (or any WiFi-enabled device) in range of a hot spot, their browsers are directed to our startup page, www.wifikankakee.com, where they enter a user name and password. The first 15 hours per month are free. For unlimited access, about $20 per month. There is no contract. Most people sign up for the free email too -- because we have the ability to keep it clean of spam and viruses. 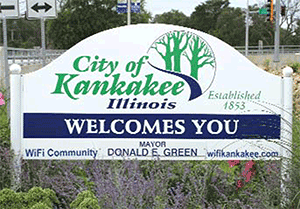 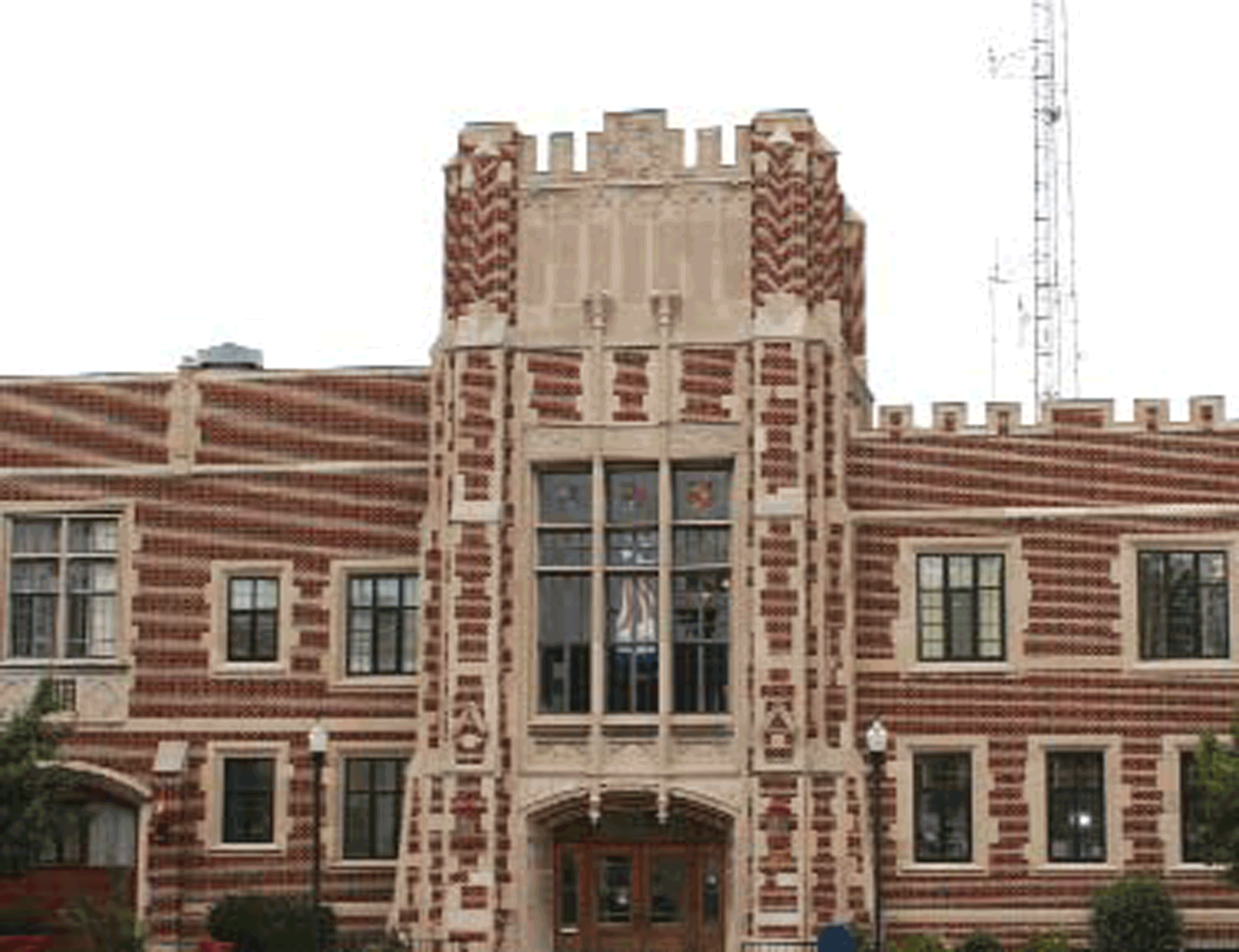 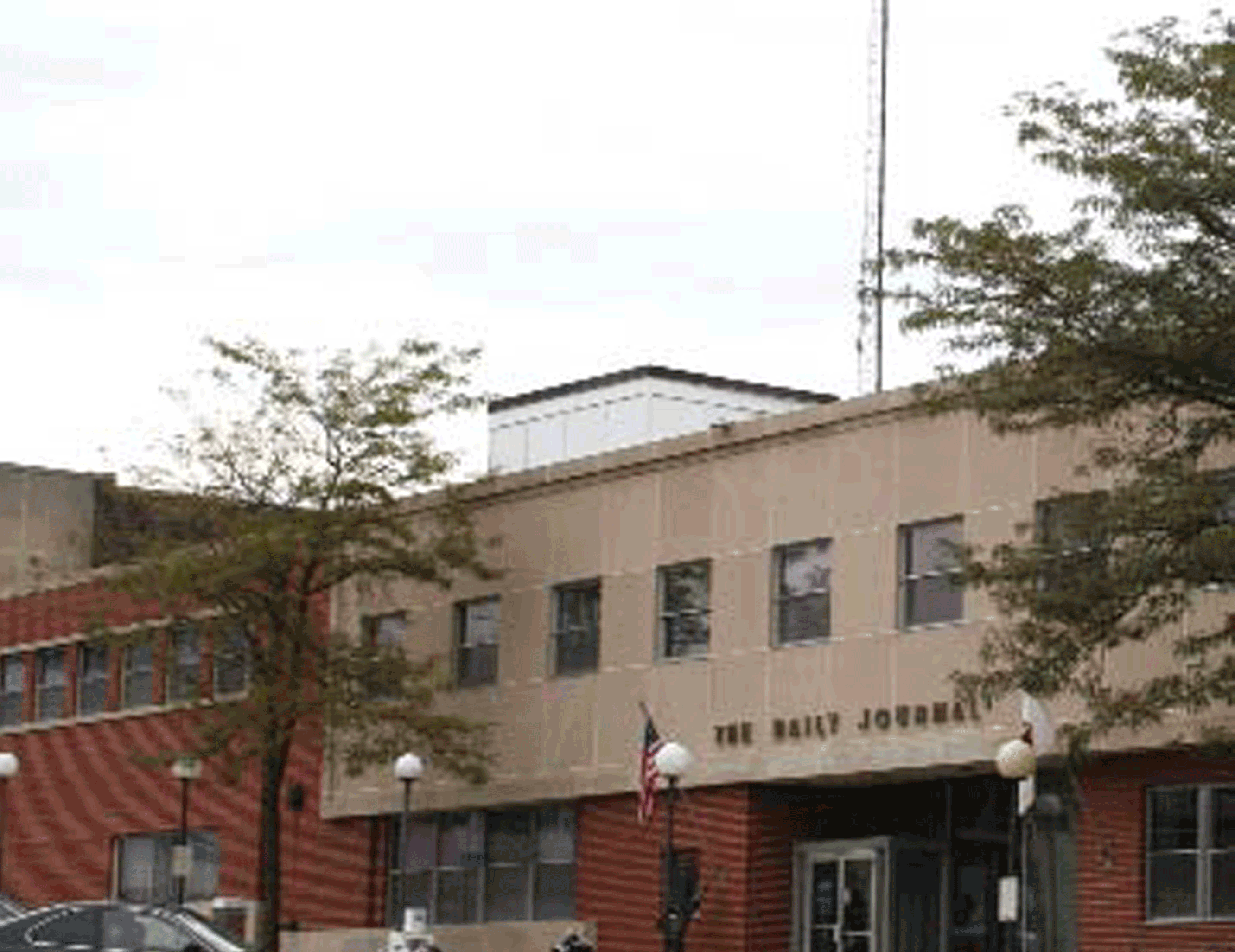 As we now estimate it, the cost to cover the base city would be about $309,600 for phase 1, and $1.5 million to cover the outlaying areas of the city outside the downtown area with some overflow coverage into the more rural areas. In any case, we project a network three times this large a year from now based mainly on continued community advertising on our sign-in page (which also contains useful community links).

Not only does free public WiFi bring Internet access to folks who might be hard pressed to pay what they would for DSL or Cable internet, our quality is better.

The quality of Kankakee's WiFi can be fairly compared to the alternatives by measuring data capacity, in the form of so many "bits" per second. For DSL (an enhanced version of the telephone wires), very high speeds are possible, but not likely -- DSL slows down when more people come on line and the farther they are from the central station. Costs vary. Internet connections from Cable TV (using coaxial cable) typically deliver at 512 Kbps but receive input from your computer at only half that speed. Monthly charges (with a contract) from $59 to $79 are not uncommon.

Kankakee WiFi runs at an astonishing speed of 1.5 million bits per second or better, and is also capable of carrying multiple independent channels.

Plus, its wireless, so you can use your connection in the car or wherever your walk around, which is fun. And a reason to spend time downtown.

About the only promotion we've done so far are articles in the newspaper and on the signs at the entrances to the city, which proclaim Kankakee a "WiFi community". Surprisingly, half the registered users are from out of town.

The essence of the partnership is that the city installs the equipment, and the newspaper handles the technology. The city uses its Duralift bucket truck with a 43 foot working height and the personnel at its Utility Operations Technical Services. The service truck is staffed with 2 Instrument Techs to mount the D-Link receiver/transmitters on buildings and poles. The city also handles all the accounting needs.

"The number one question WiFi Customers ask is: When is it going to get to my neighborhood?" said Pete Schiel, Assistant superintendent Utility Operations. "We encourage businesses and residents to support the WiFi Kankakee LLC. Building the WiFi is building our children's future."

The Daily Journal provides the computer servers, a "help desk" telephone for the public, clerical and billing functions, the free email system, web mail, routing/bandwidth and network security, and the newspaper's expertise. That expertise follows from 10 years of practical experience testing and installing everything from the original 2.4a to the latest WiFi protocols B/G and a. This resulted in the selection of D-Link as the manufacturer of choice.

Said Wade LeBeau, Network Operations Director Computer/IT, "Working with D-Link engineering and their support team has been a big plus for the WiFi project. And having the city of Kankakee as a partner is a key dynamic. The city and the newspaper work hand-in-hand."

Noteworthy installations so far include access at this year's Labor Day boat races. Drivers went on- line to the manufacturers of their engines for fine-tuning. At the Crestview Apartments, Preservation of Affordable Housing, Inc. (POAH) contributed $ 10,000 to provide free Internet to 120 residences (with 300 children), probably for the first time. We have covered residential areas, park-like areas and stadiums, and high-rise buildings. At the East Court Village, a high-rise, we had 30 signups the first couple of days! 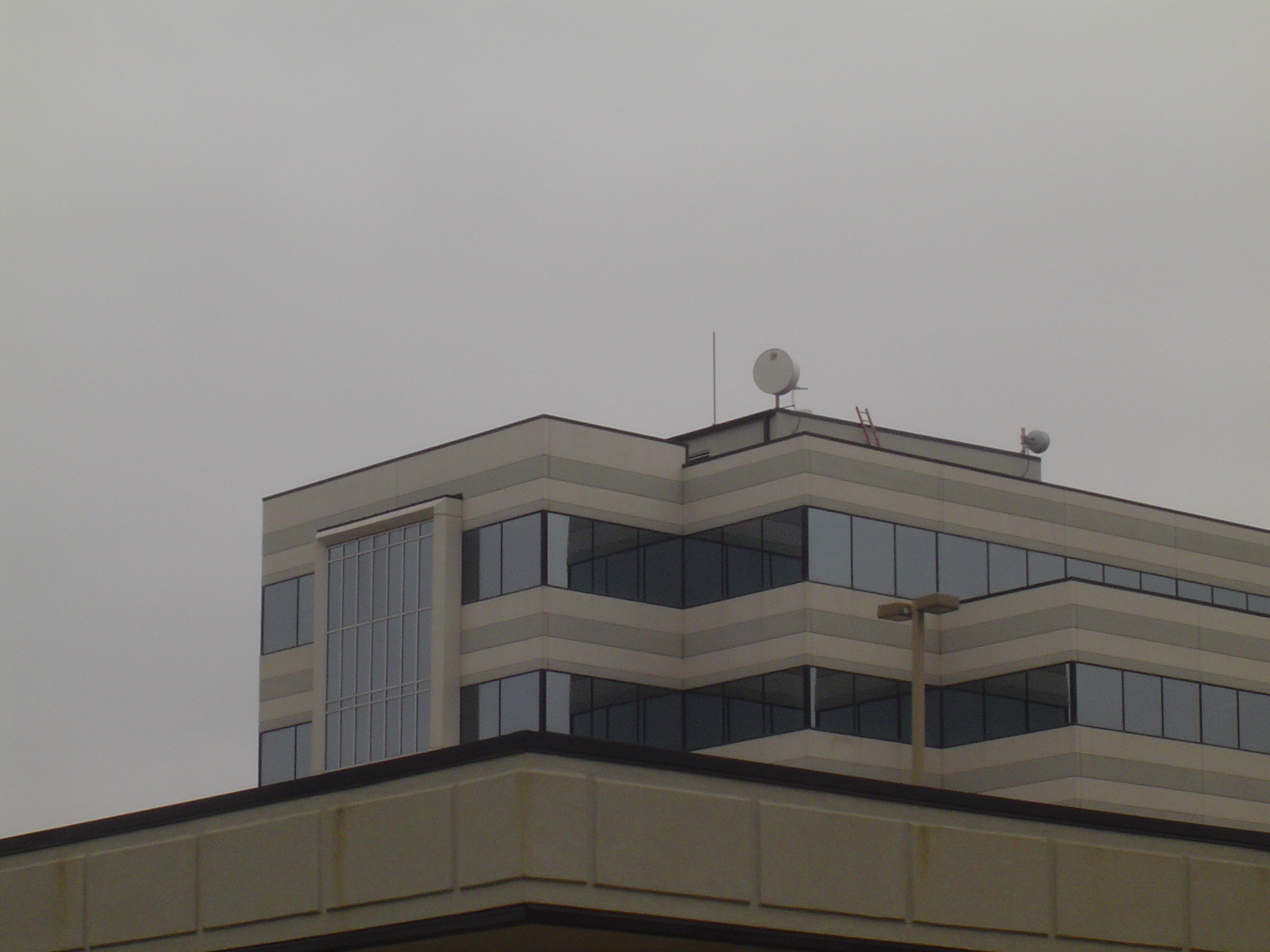 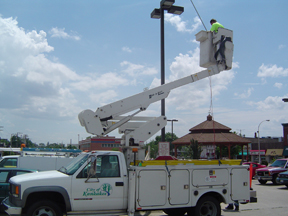 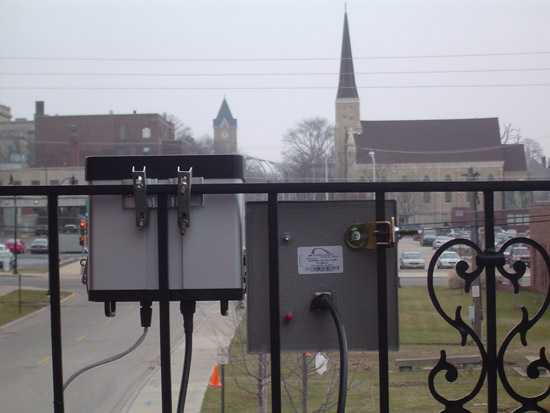 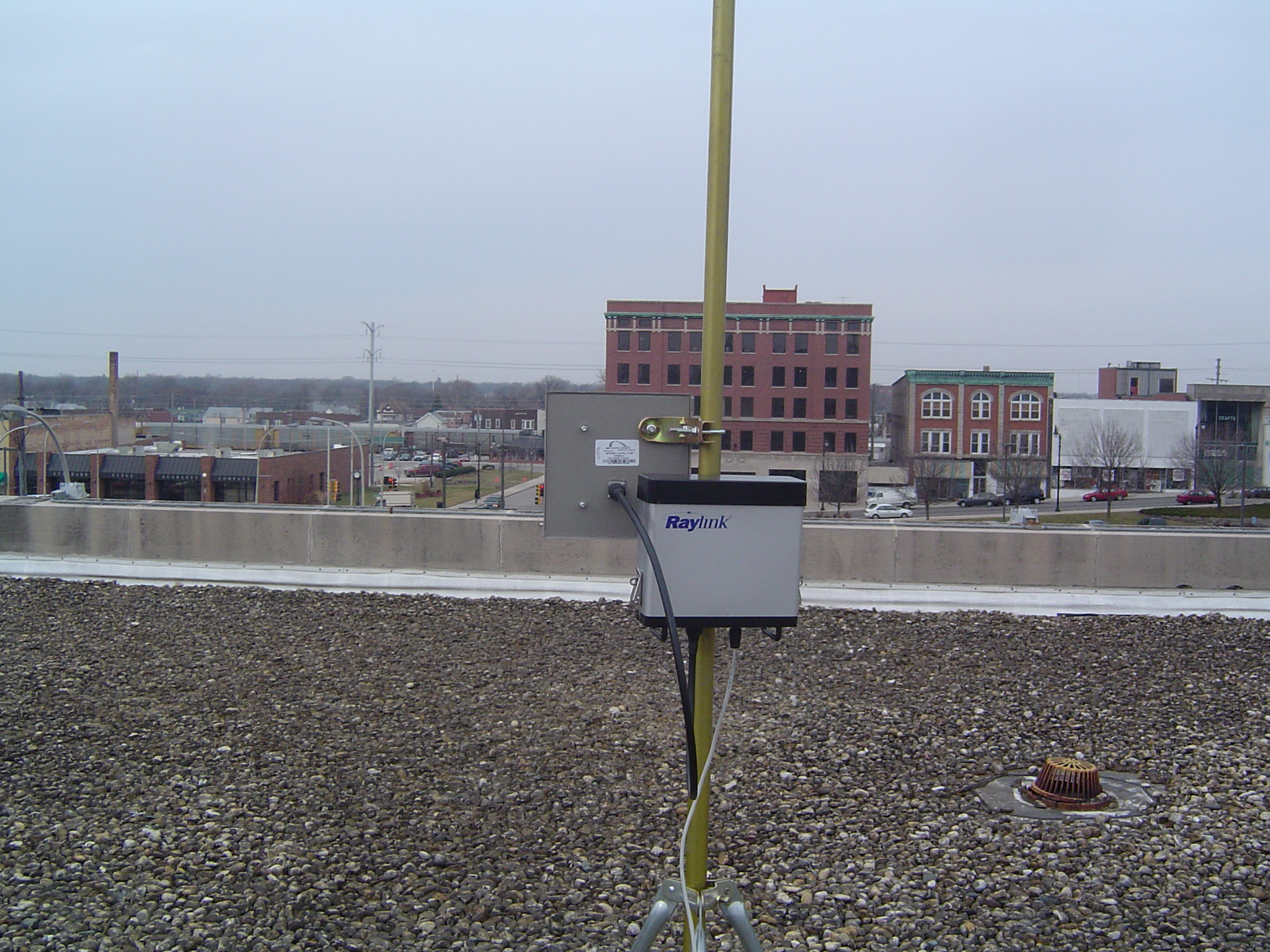 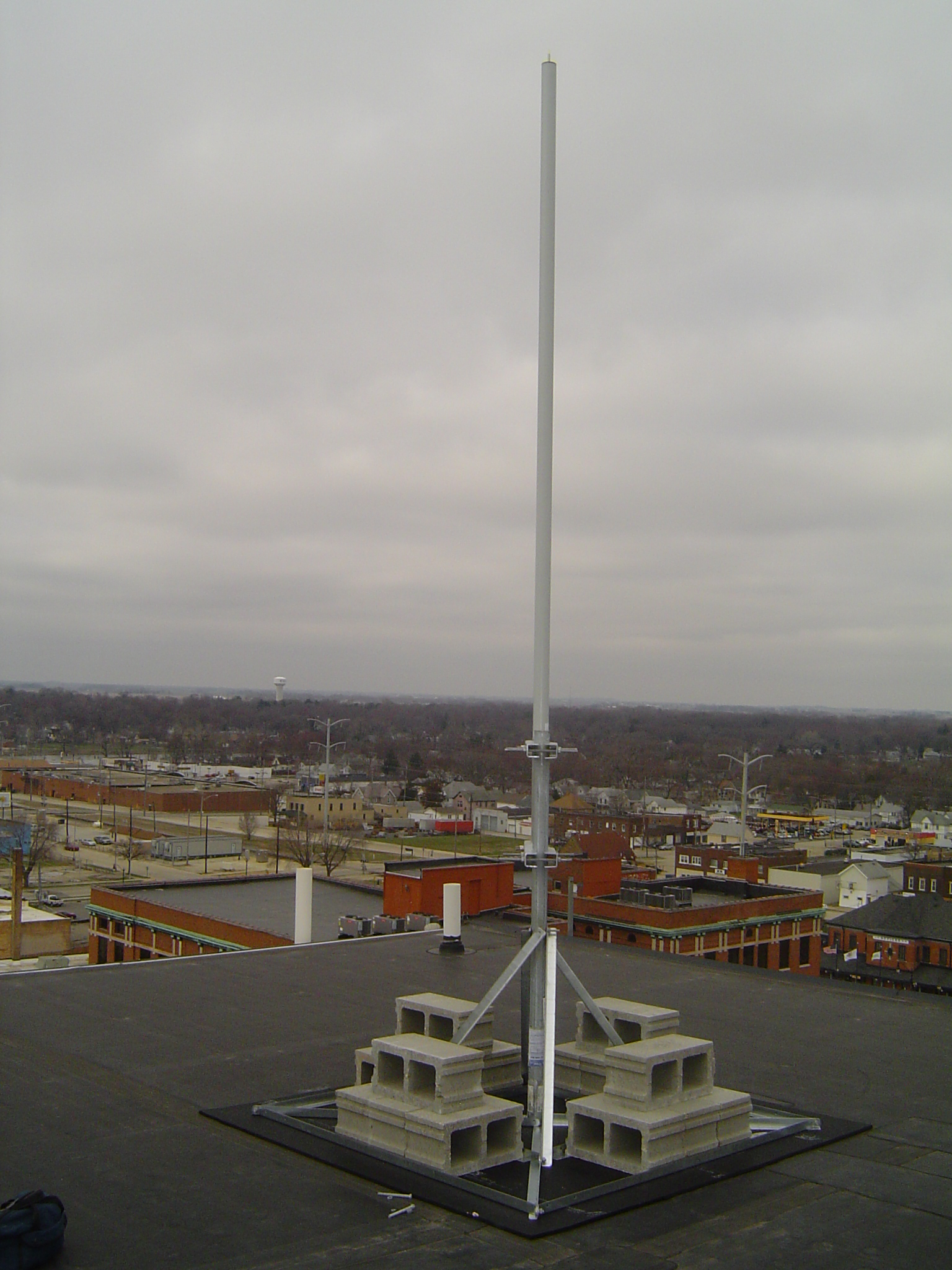 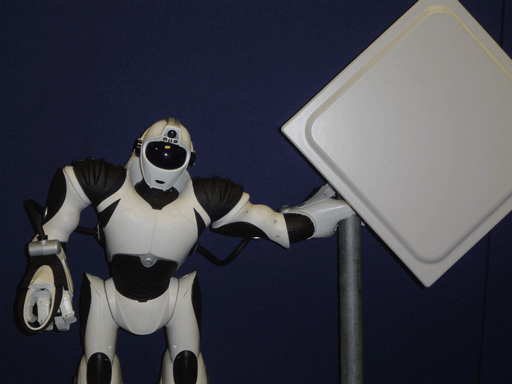